Raspberry Truffles Brownies feature a fudgy brownie base and raspberry truffle frosting! So decadent! And a must try for anyone who loves the combination of chocolate and raspberries! 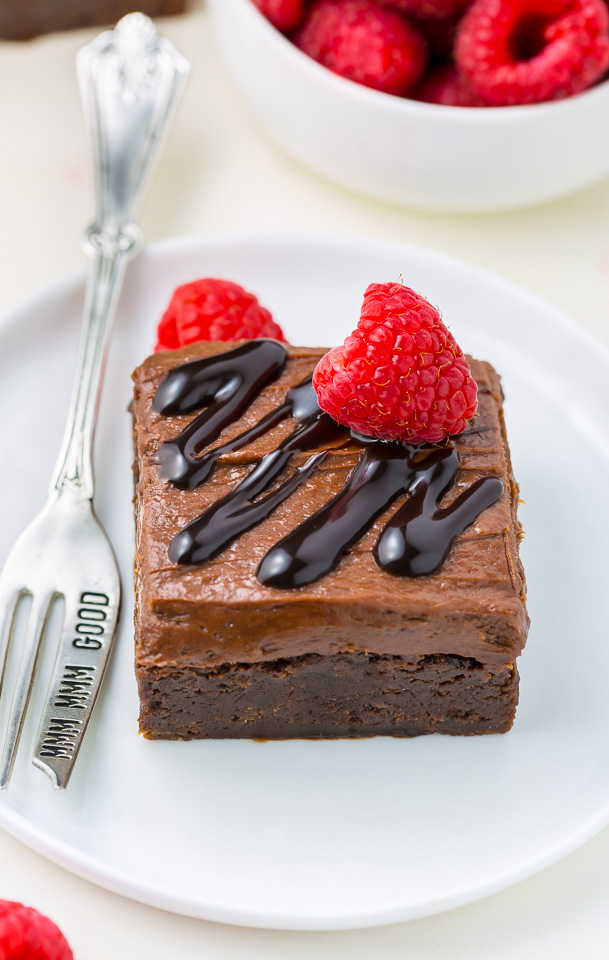 Popping in on this Saturday morning because it feels like FOREVER since we’ve talked and I’ve miss you! And I’m bringing you raspberry truffle brownies to prove it! But first, let’s catch up. How are you spending the weekend? Any grand plans? Or big baking adventures? I have family heading into town later this afternoon, so I’ll be in my happy place: playing host, preparing meals, and treating everyone to seconds of dessert. I should probably get dressed, clean my apartment, and go grocery shopping at some point…

But first! Let’s dive into these brownies together. 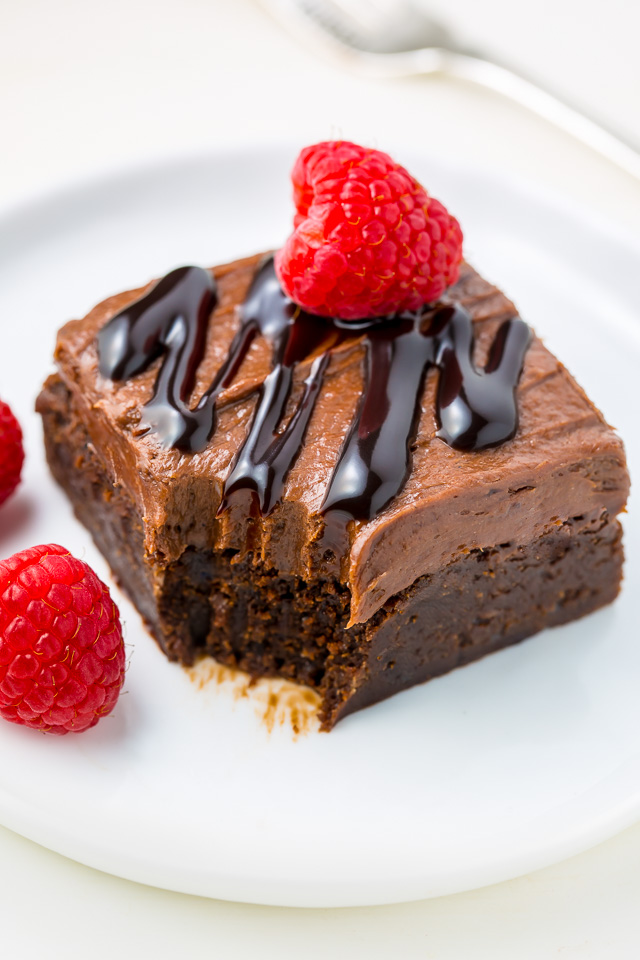 So let’s break these brownies down layer by glorious layer: first we have our fudgy brownie base; followed by our raspberry truffle frosting; finished off with a chocolate drizzle and a fresh raspberry! Does that not sound like the dreamiest combo ever?! (I assure you it is!) 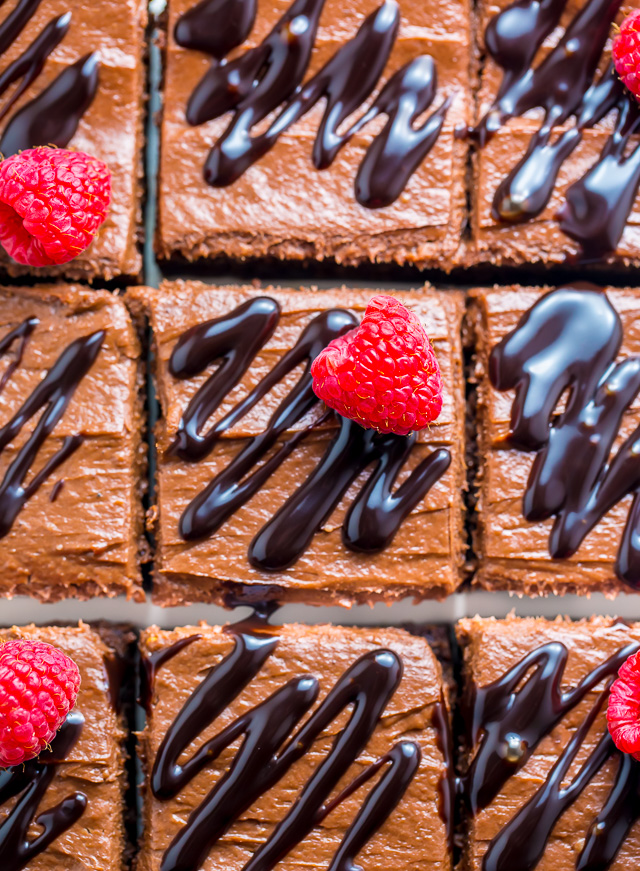 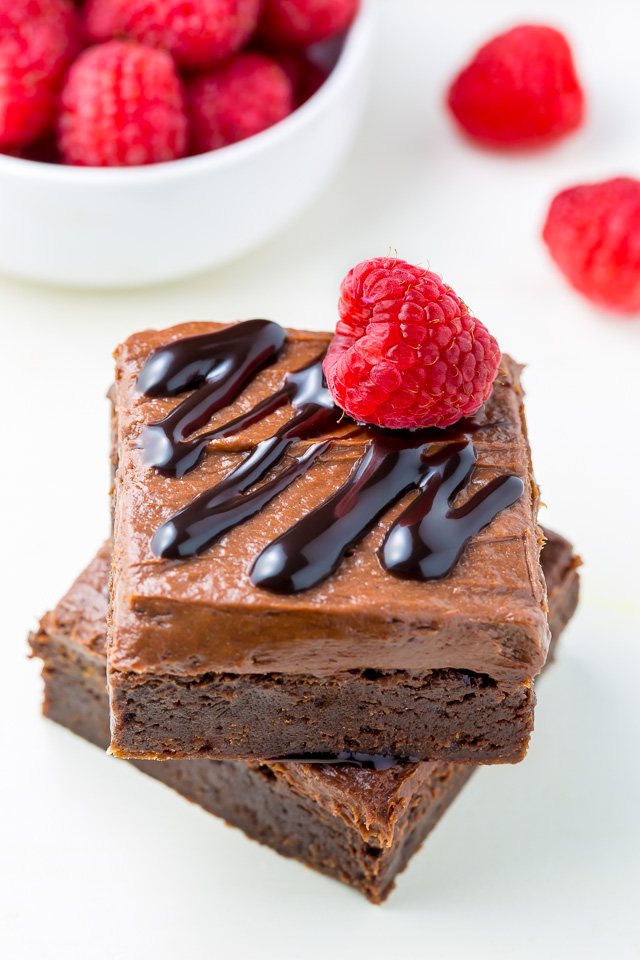 For an extra pretty presentation top each brownie with a raspberry or two right before serving. I’m so excited for you to make these! And even more, eat these! Raspberry truffle brownies for everyone ♥ 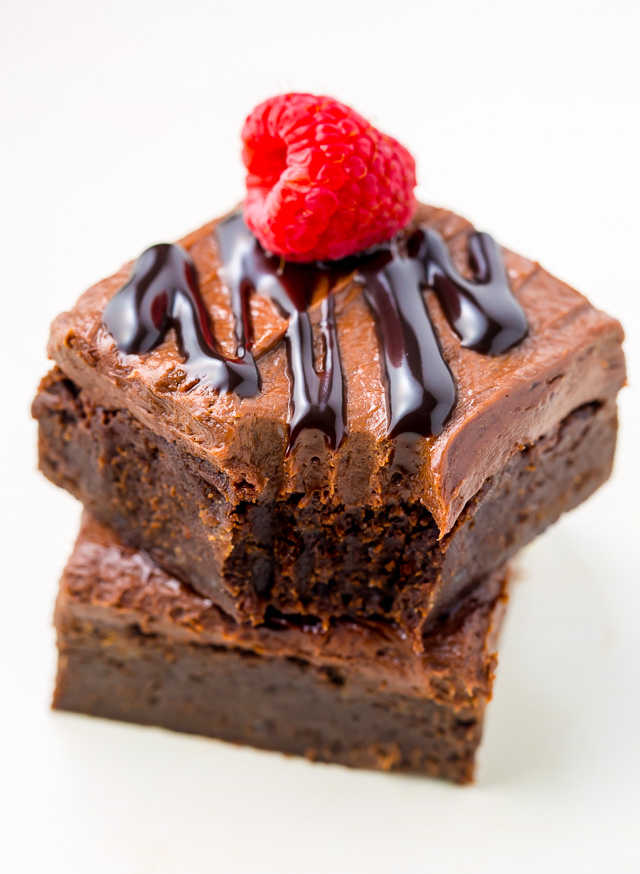 If you try this recipe for Raspberry Truffle Brownies, let me know! Leave a comment below and don’t forget to snap a pic and tag it #bakerbynature on instagram! Seeing your kitchen creations makes my day. ♥ 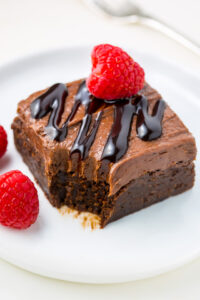 For the Raspberry Truffle Frosting:

For the Raspberry Truffle Frosting:

For the Chocolate Glaze:

* Percent Daily Values are based on a 2,000 calorie diet. Your daily values may be higher or lower depending on your calorie needs.