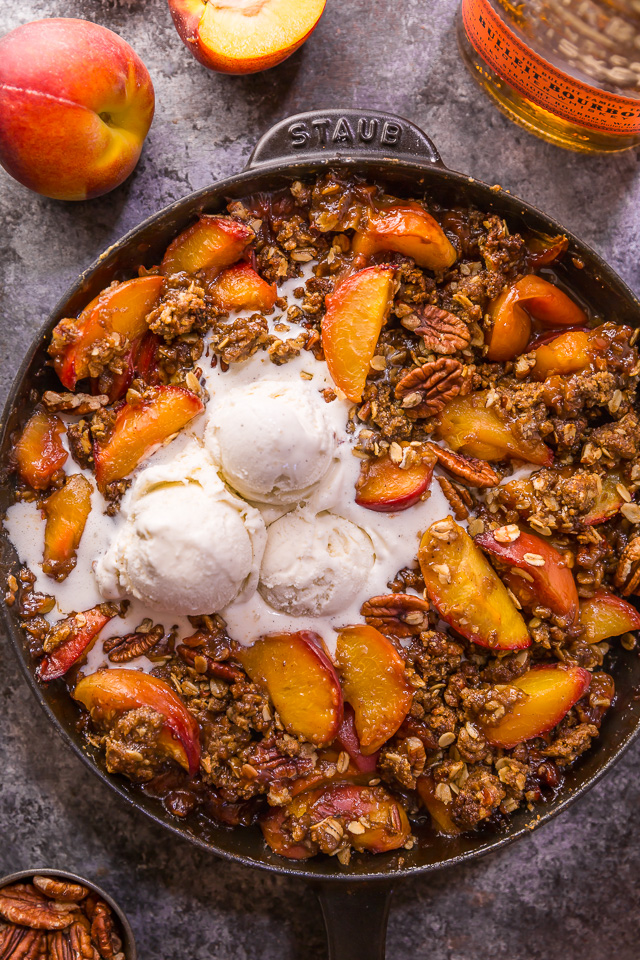 But up until now, all of my bourbon and pecan creations have involved chocolate. Which, if you know me, is no surprise. Chocolate is my love language! I even made a T-shirt to prove it! 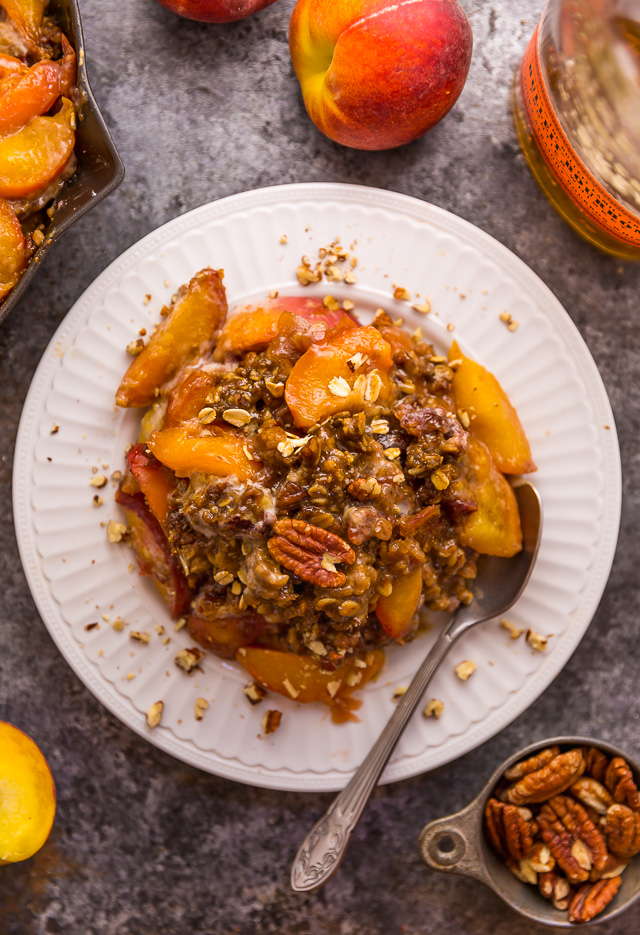 But with Summer in the air, I decided it was high time I create a seasonally appropriate bourbon and pecan recipe for you!

I actually have to quickly thank my husband for helping me think of this recipe idea! I had fully planned of sharing a peach crisp with you, but I was going back and forth on the exact flavor profile. Classic peach crisp vs Brown Sugar Bourbon Peach Crisp.

I asked C his thoughts and without a moment of hesitation he responded “bourbon pecan… it’s your thing, right?”. And just like that, I knew Bourbon Pecan Peach Crisp was on the menu!

So, without further ado, let’s dive into this delicious peach dessert recipe! 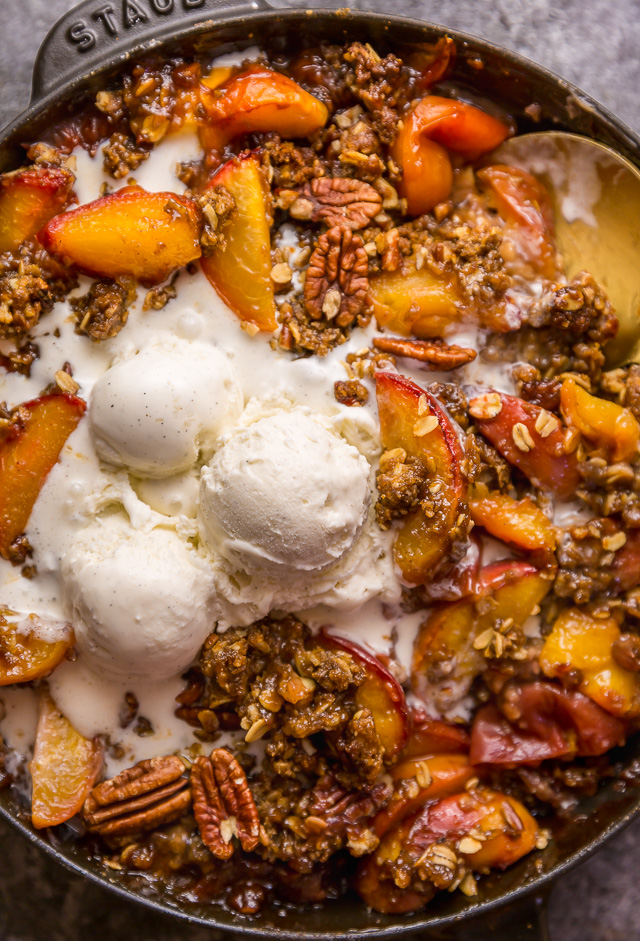 What is the Difference between Peach Cobbler and Peach Crisp?

A crisp is typically fruit (in this case, peaches), covered in a buttery streusel like topping. While peach cobbler is typically a fruit base topped with fluffy biscuits (or a biscuit like mixture). Both are delicious, and much easier than peach pie! 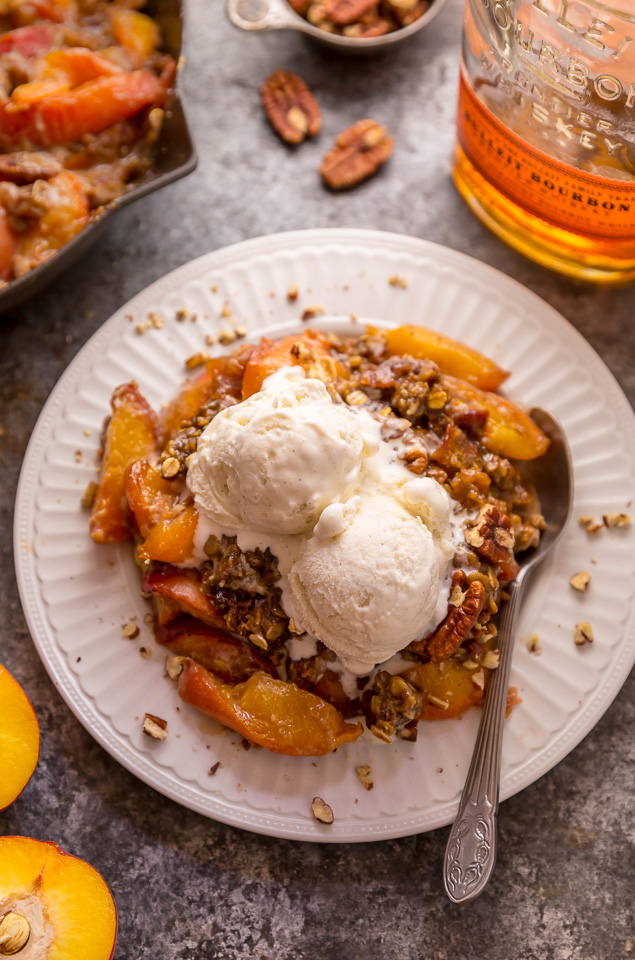 What you need to Make Peach Crisp

Although this recipe might sound fancy, it’s actually made with pretty basic ingredients (and a few fancier but not fussy ones). For the peach filling you’ll need fresh peaches, bourbon, orange juice (but lemon juice will work in a pinch), vanilla extract (if you want to be extra fancy, use a vanilla bean!), brown sugar, and a touch of cornstarch.

For the crisp topping, you’ll simply combine 1/2 cup of butter, flour, oats, pecans, sugar, and cinnamon. That’s it! Of course, you’ll probably also want to have some ice cream or whipped cream on hand for serving! 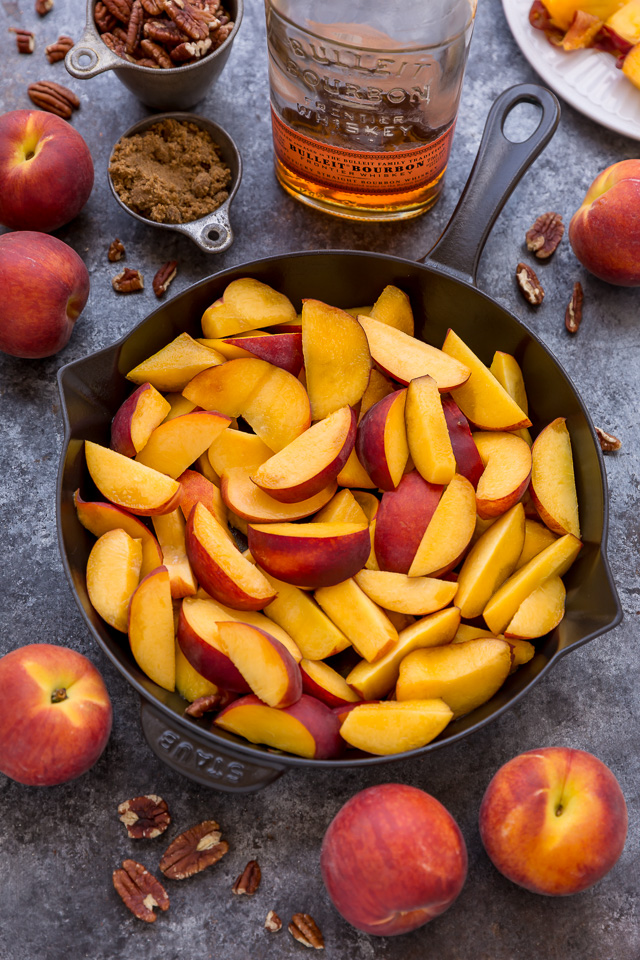 Can I leave the Bourbon Out?

Sure. It won’t have the same oomph, but it’ll still be quite delicious! I would suggest adding a little more OJ (maybe a tablespoon or so).

If you’re not sure what kind of bourbon to use, we love Bulleit Bourbon, and it’s typically easy to find. If you’re not a big drinker and don’t want to invest in a full-size bottle, go to your local liquor store and peruse the mini bottles, usually located near the check-out. They’re the perfect size for baking projects! Plus, you can sample a few to see what you prefer without breaking the bank or committing to a huge bottle.

If you don’t have bourbon but still want to use liquor, whiskey would be a nice substitute or even a rye! Another idea, use amaretto and swap the pecans for almonds in the crumble topping! 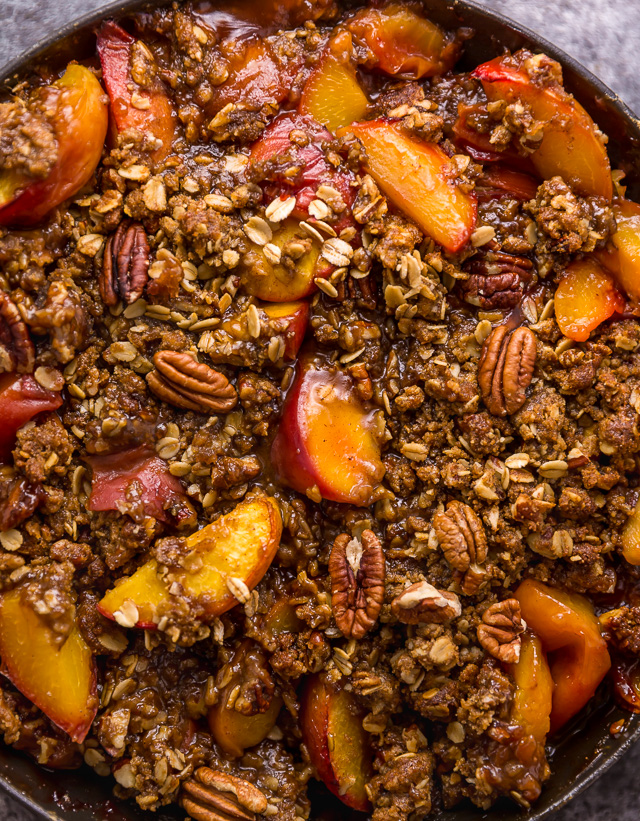 How to Make Bourbon Peach Crisp

This recipe couldn’t be easier! But here are a few tips and tricks to make your baking journey a breeze: 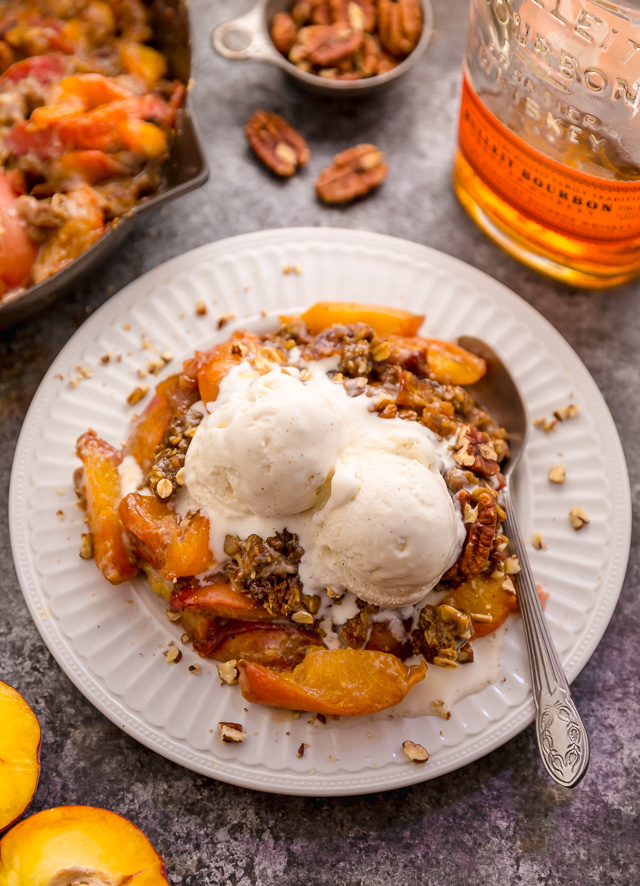 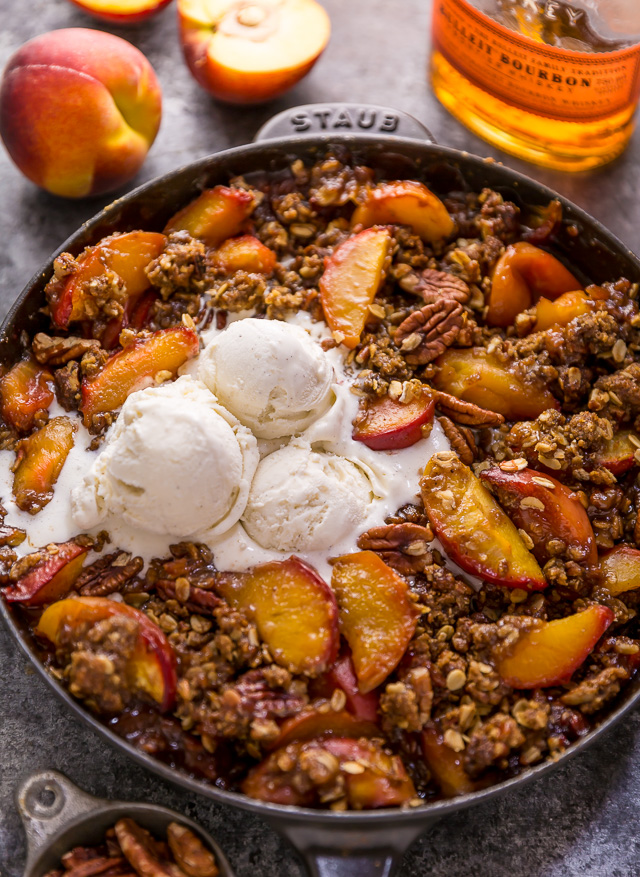 If you try this recipe for Peach Crisp, please let me know! Leave a comment below and don’t forget to snap a pic and tag it #bakerbynature on instagram! Seeing your kitchen creations makes my day. 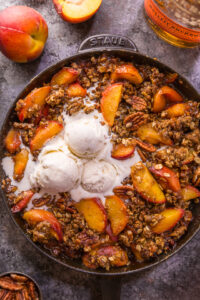 For the Peach Filling:

For the Pecan Crisp Topping: