Say hello to SUMMER on a plate! This Cinnamon Sugar Peach Pie features a flaky all-butter pie crust and the juiciest peach pie filling. Top with ice cream for the ultimate Summer dessert! 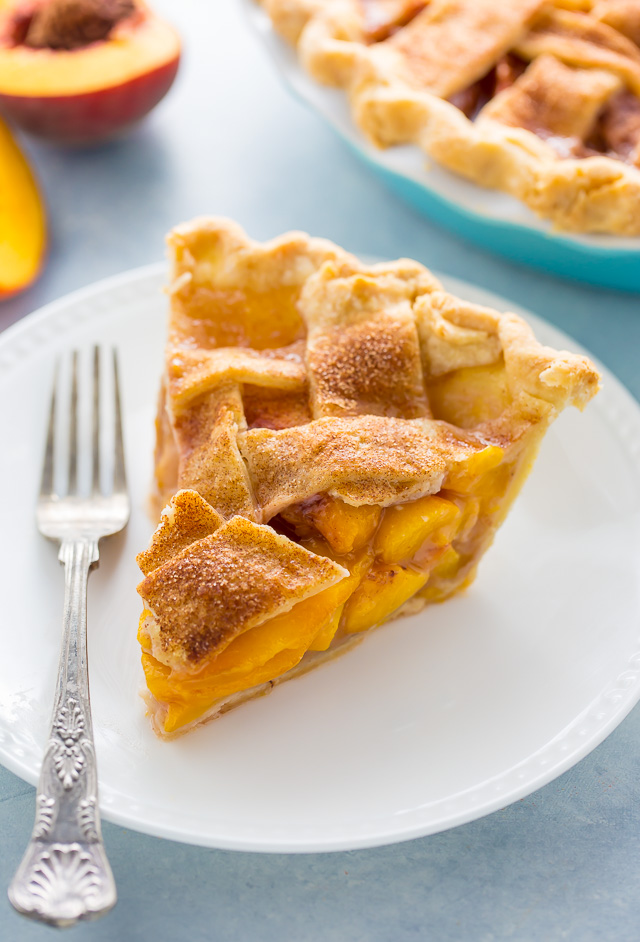 Seriously though… doesn’t peach pie just SCREAM Summer? Especially when a scoop of ice cream on top is involved. Just looking at it makes me so happy!!! Eating it makes me even happier.

Won’t you join me for a slice? 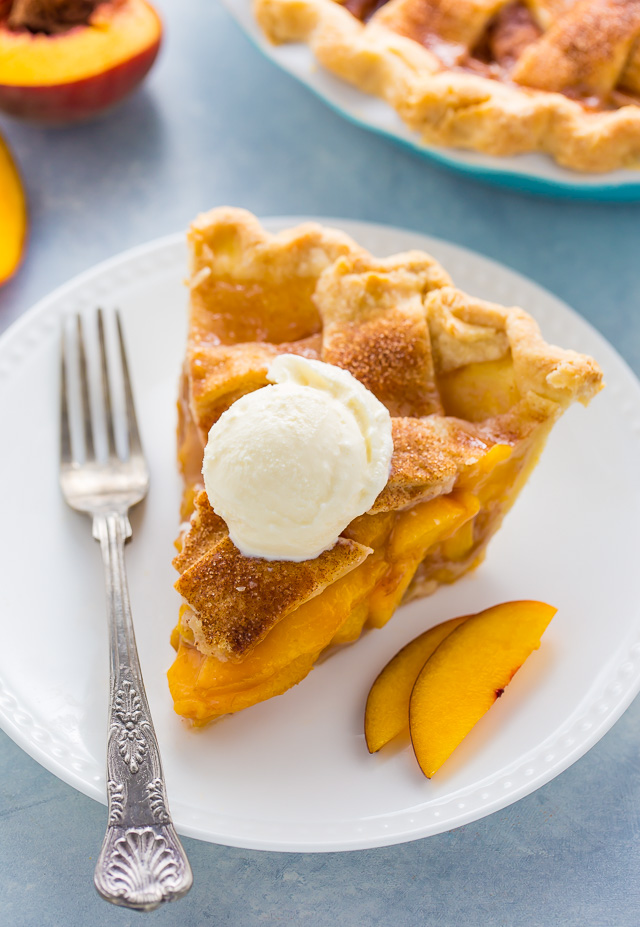 If you’re a regular reader of BBN, you know I’ve been working my way through my Summer 2016 Baking Bucket List. This month I’ve checked off Lemon Cupcakes with Fresh Blueberry Buttercream, Blackberries and Cream Donuts, Brown Butter Oatmeal Crumb Apple Pie, and now, cinnamon sugar PEACH PIE! I still have 12 more recipes to go… so don’t be surprised if the next two weeks are extra Summerlicious! I’m shooting an ice cream cake this afternoon (!!!) and 3 berry awesome recipes tomorrow morning.

But I digress. Let’s get back to the pie! 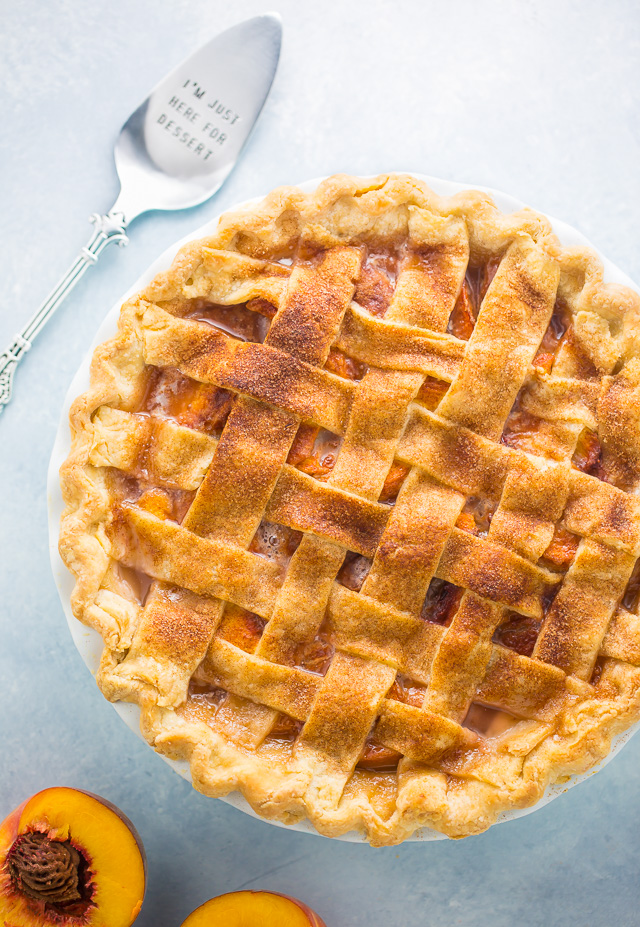 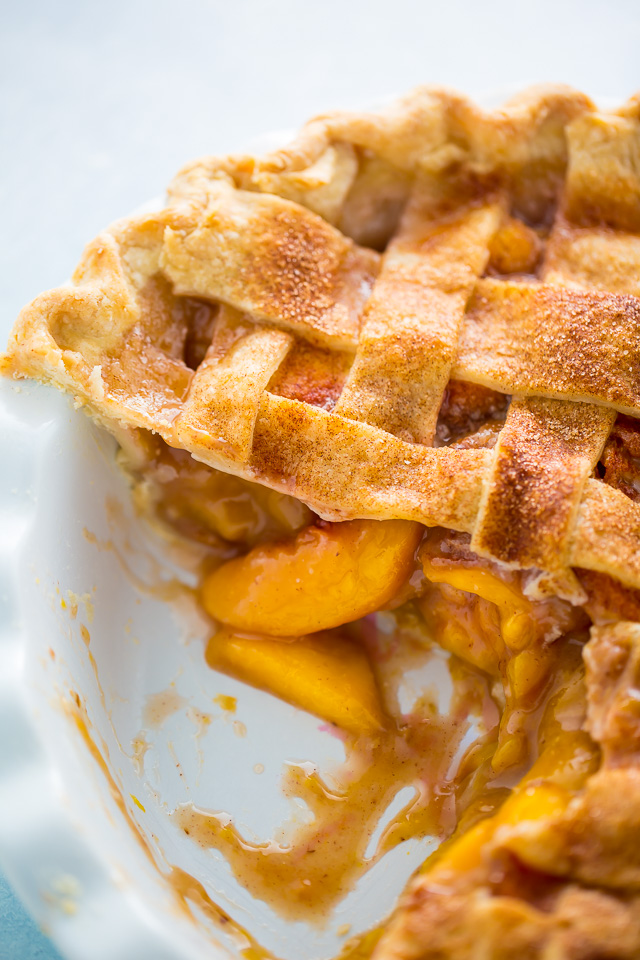 Perfecting this recipe was definitely not “easy as pie”! My first two attempts turned out so soupy I literally had to spoon the pie out of the plate and scrape the sad, soggy crust out with a spatula. Womp womp. My third try was a little better… but the flavor and texture were still off. Fourth try failed too. Finally, on my fifth try, I got it juuuust right. Hard work does pay off!

Here’s what I LOVE about this cinnamon sugar peach pie: the homemade crust is flaky, buttery, and finished with a sprinkle of cinnamon sugar; the filling is loaded with juicy peaches, not too sweet, and firm enough to be sliced easily without making a HUGE mess. ← The combination of the two is simply unbeatable! 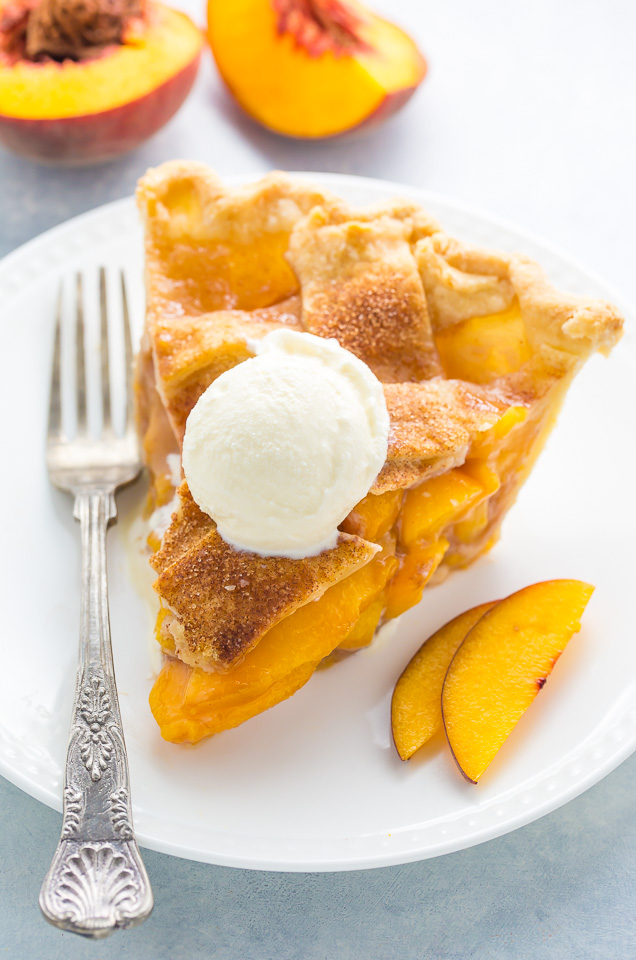 How to make Peach Pie 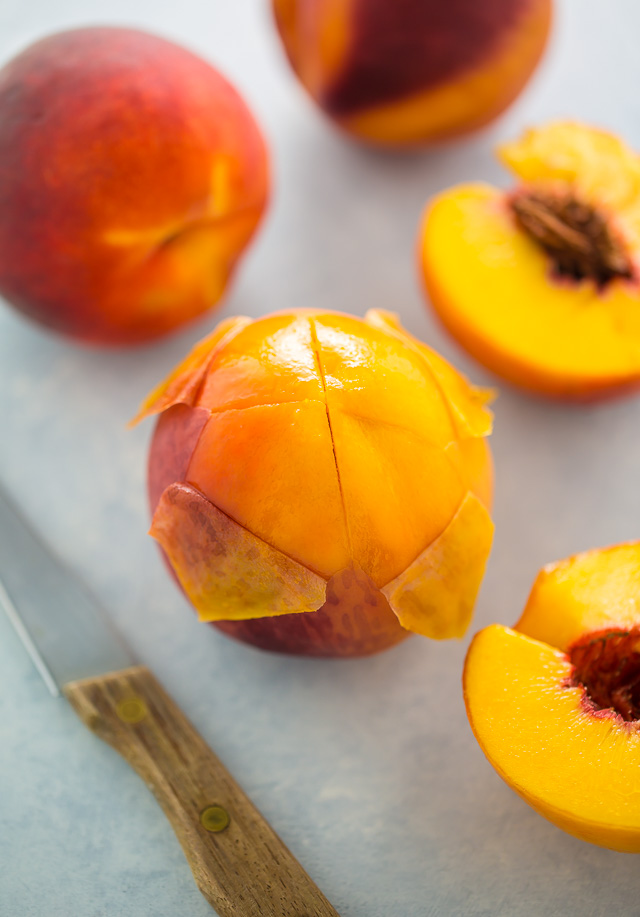 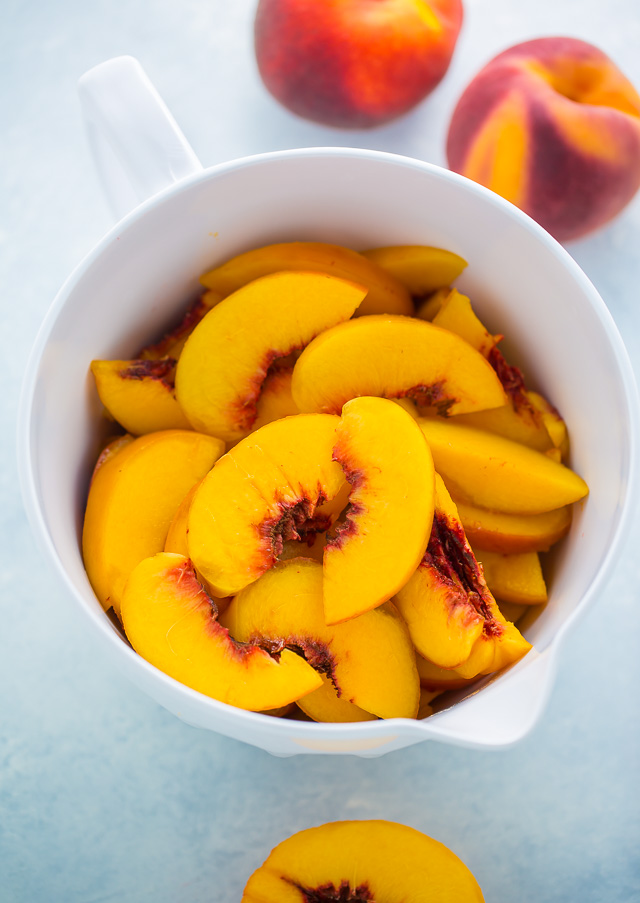 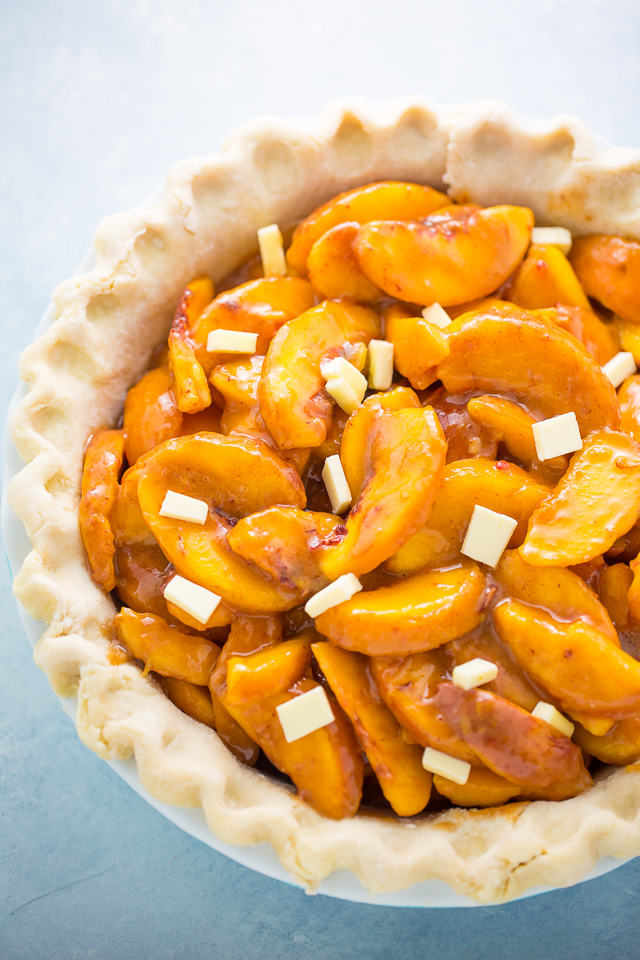 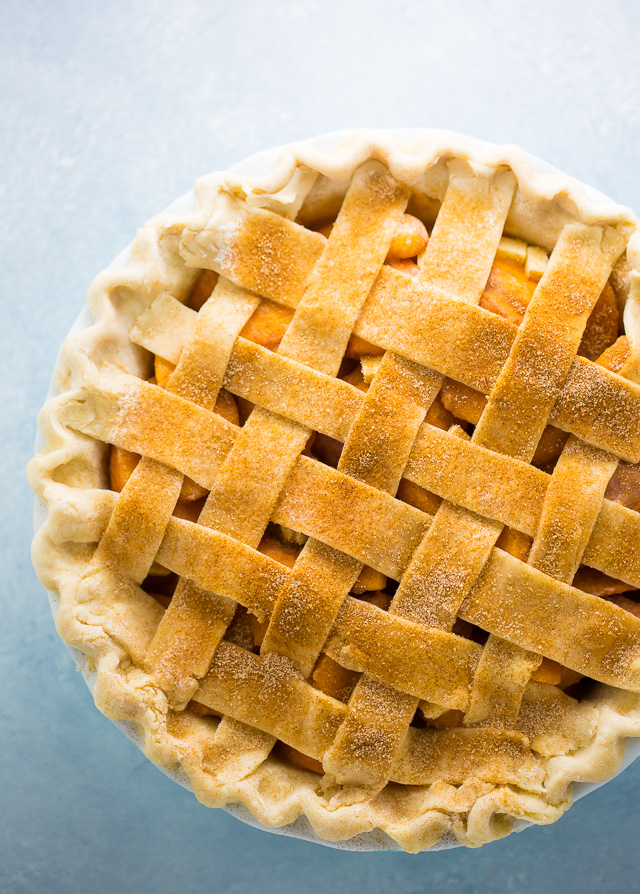 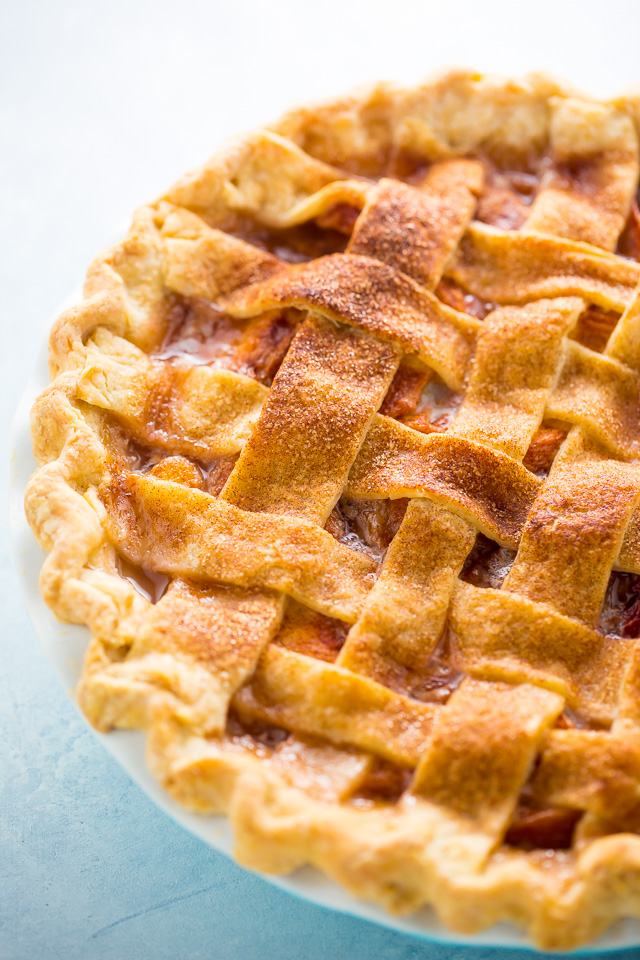 Loaded with layer upon layer of fresh, juicy peaches and topped with a cinnamon sugar sprinkled all-butter crust… this pretty peach pie is sure to win your heart this Summer! 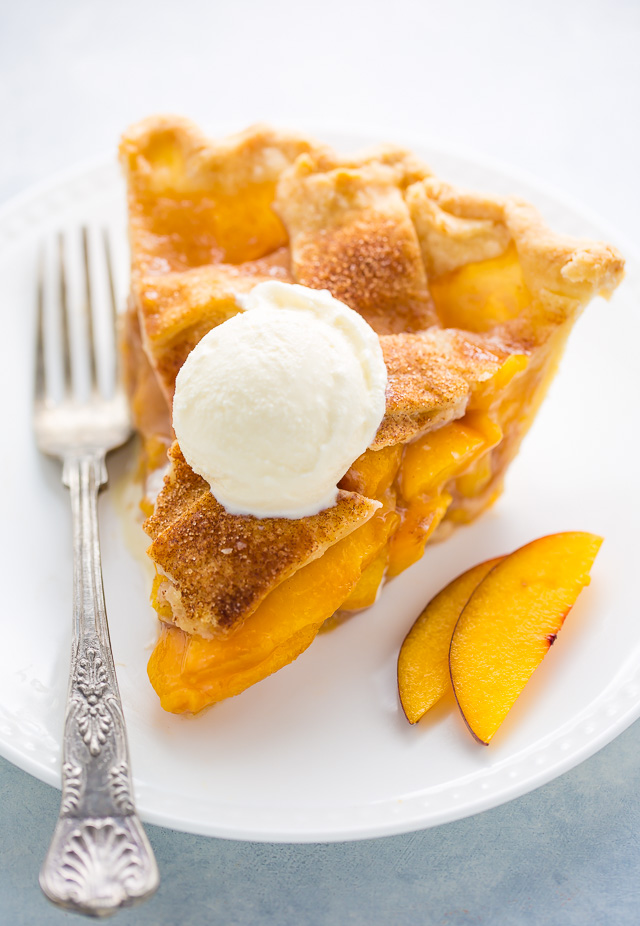 If you try this perfect peach pie recipe recipe, let me know what you think! Leave a comment below, and don’t forget to snap a pic and tag it #bakerbynature on instagram! Seeing your creations makes my day ♥ 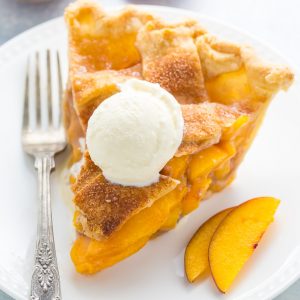 For the Cinnamon Sugar Crust:

For the Peach Pie Filling:

For the Peach Pie Filling:

Prep and cook time listed above does not include chill time. For best results read this recipe in entirety before you begin baking.
Tried it and loved it?Snap a picture and share it with me on Instagram @Bakerbynature and by using the hashtag #BakerByNature
Share
Pin6K
Tweet
6K Shares 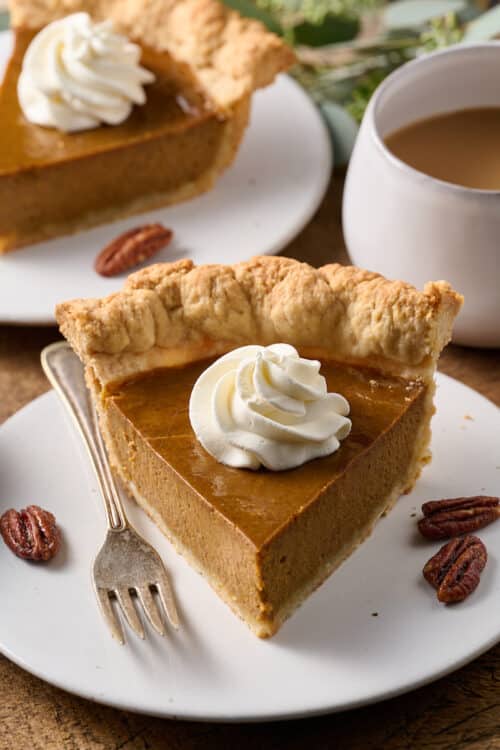 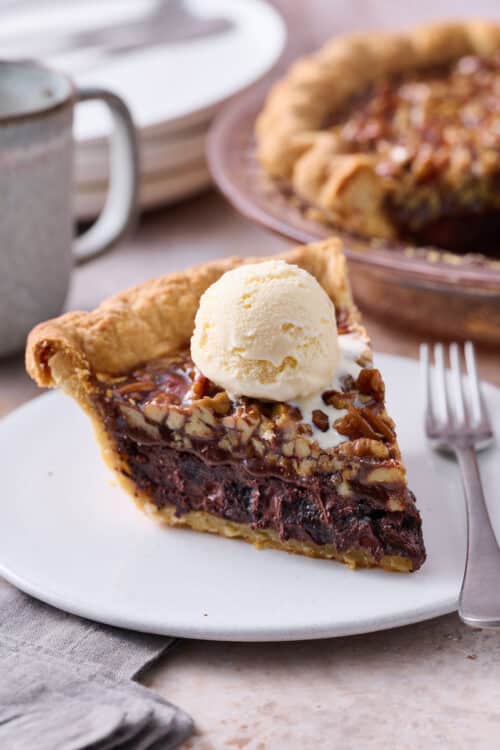 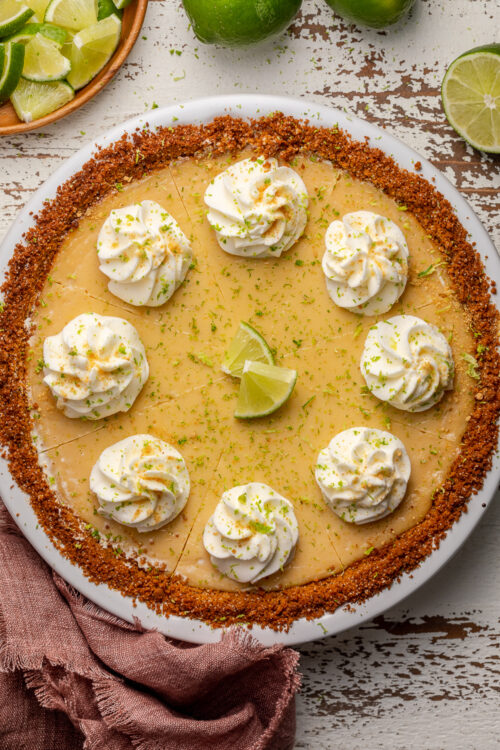 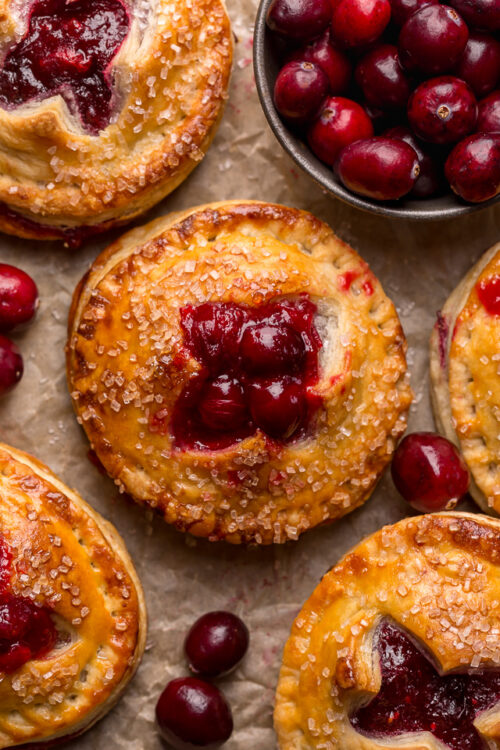