Fluffy Apple Pie Doughnuts are the ULTIMATE Fall treat! And so darn good with a cup of coffee.

Yesterday I awoke with a fierce craving for apple pie, but sadly, not enough butter in my fridge to make my foolproof all-butter pie crust. Which in our house, is a MUST if we’re making pie.

And while I could have easily thrown on some shoes and ran out to stock up on butter, I decided against it and whipped up these EPIC apple donuts instead! 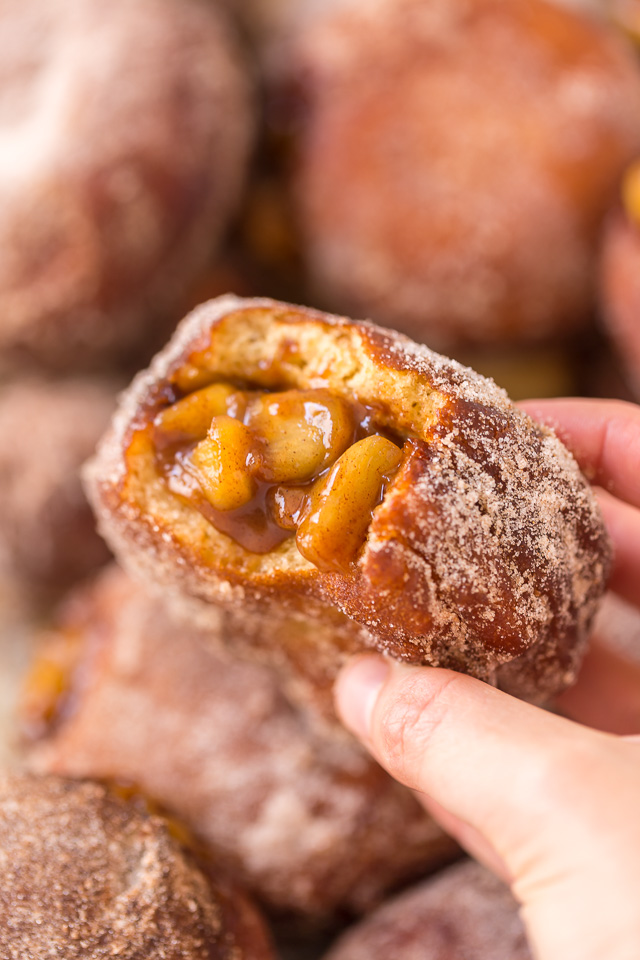 BEST DECISION EVER!!! The filling tastes exactly like apple pie. And it smells so good when it’s cooking you’ll be tempted to stop there and just eat it with a spoon. But trust me: you don’t want to do that.

Because then you’d miss out on the fluffy brown butter apple cider donuts which house the filling! And obviously you do not want to miss out on these cinnamon sugar coated beauties ↓ 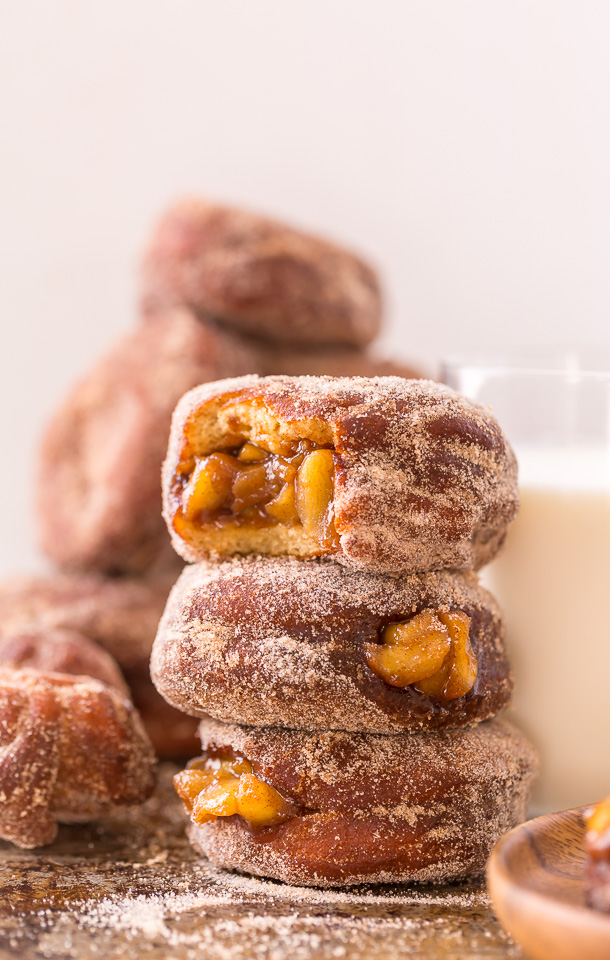 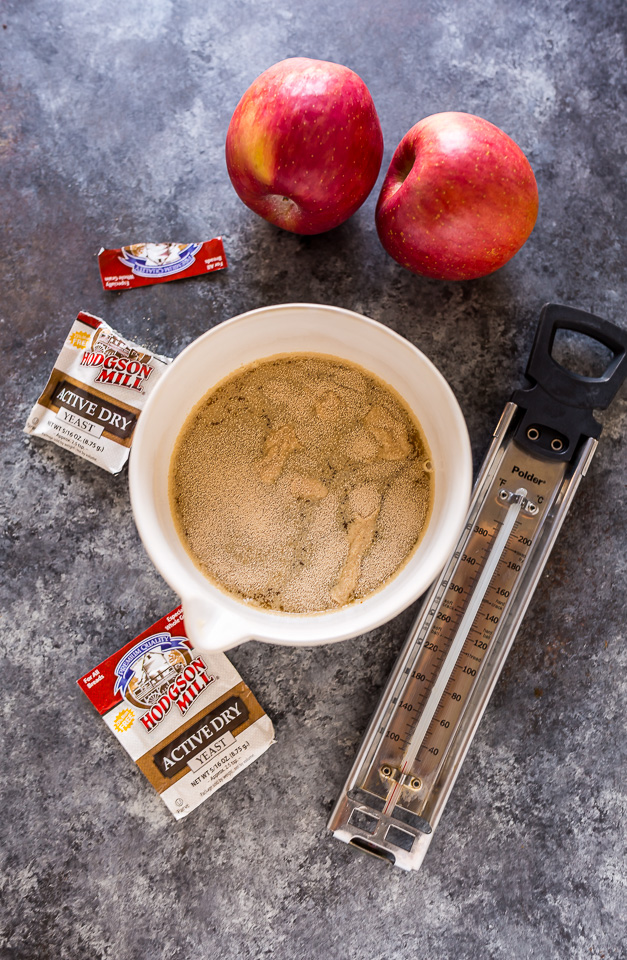 But after a few minutes, it’ll bubble up and look something like this ↓ 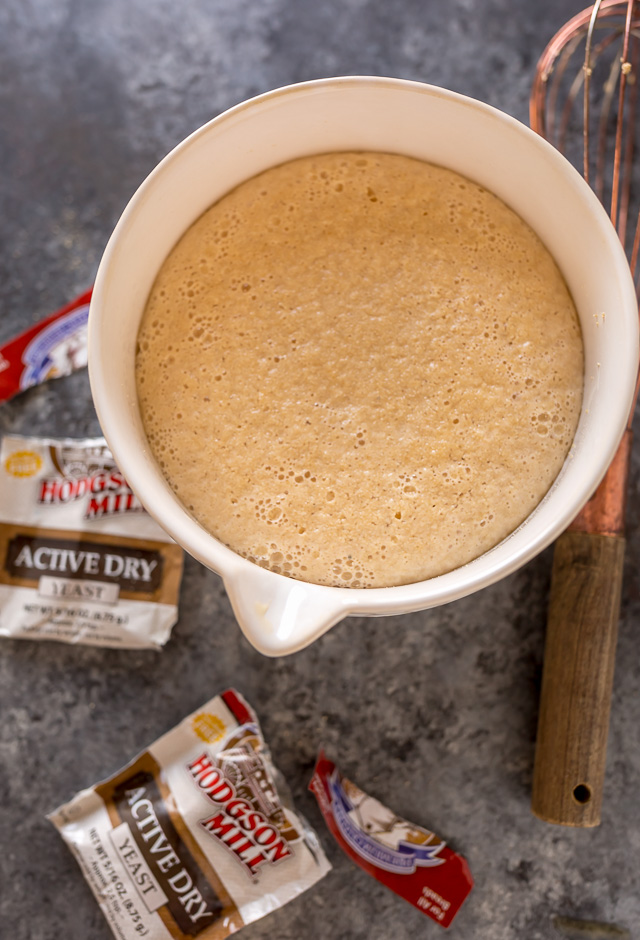 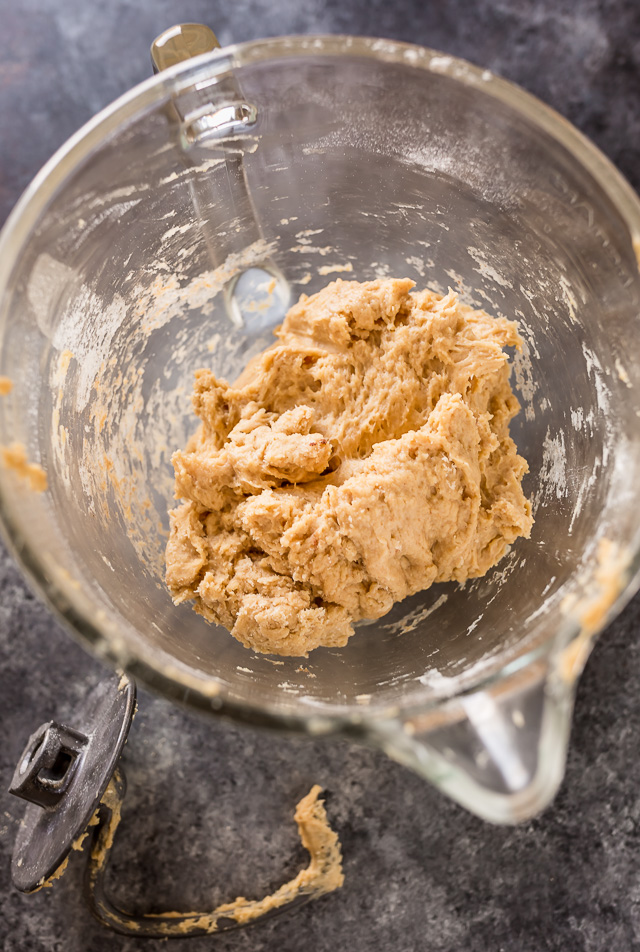 But after an hour, it’ll almost triple in size!!! 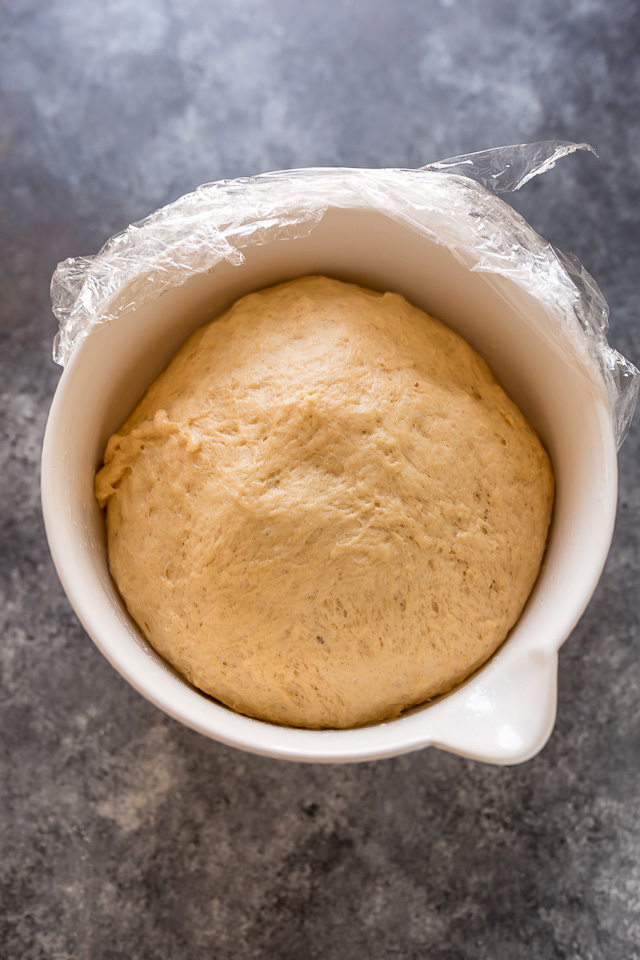 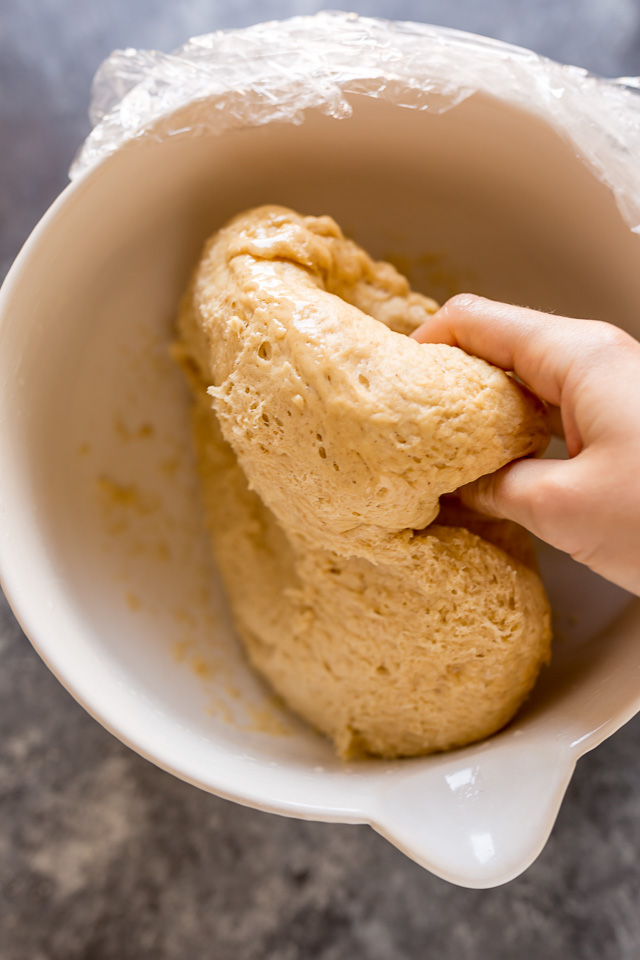 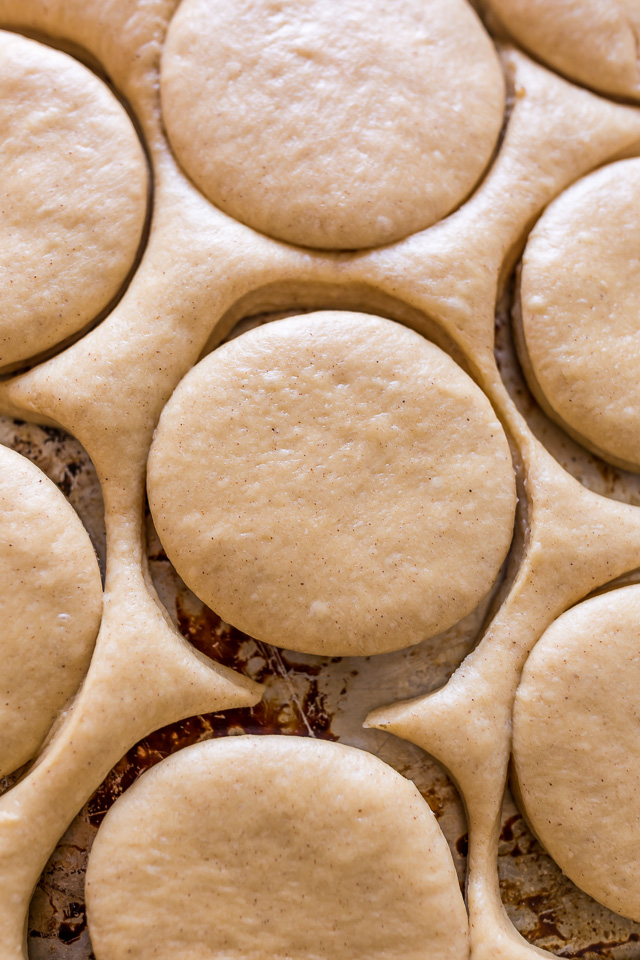 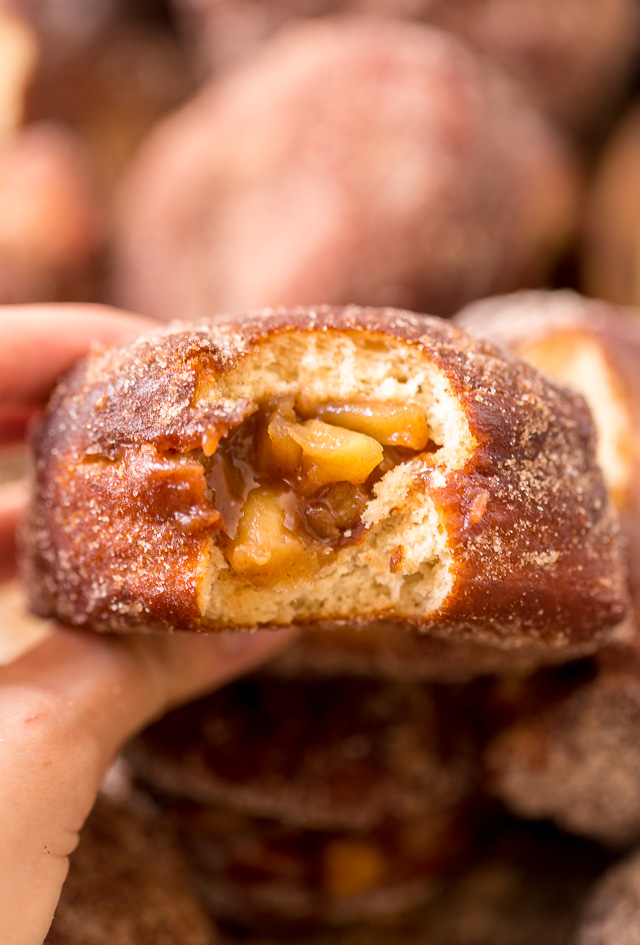 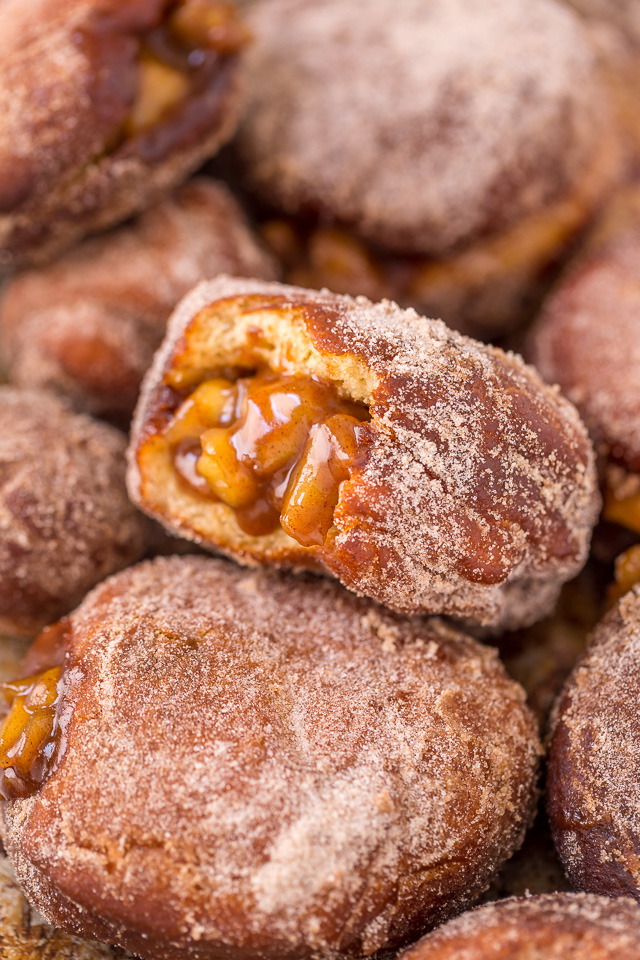 Delicious on their own, but INSANE with a scoop of salted caramel ice cream on top!!! Of course vanilla ice cream will work, too 🙂 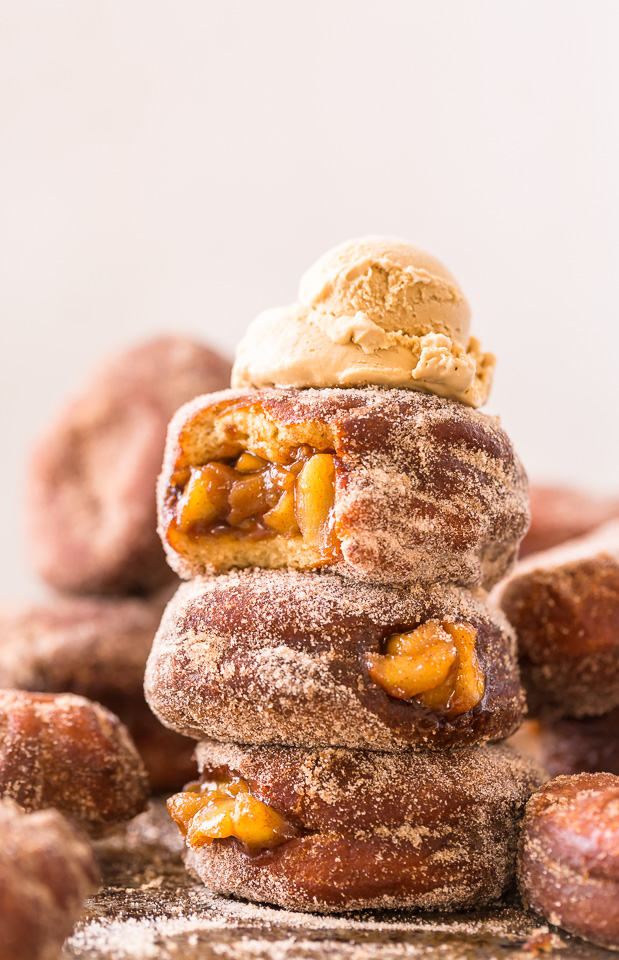 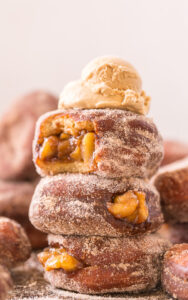 Fat and fluffy Apple Pie Doughnuts are coated in cinnamon sugar! So good with a cup of coffee.

For the Apple Pie Filling:

For the Apple Pie Filling:

Donuts are best served the day they are made, but will keep for 24 hours.