The Best Apple Crisp Bars feature a brown sugar shortbread crust, plenty of apples, and a buttery crumb topping! Bake until the top is golden and serve with vanilla ice cream! Sure to become one of your favorite apple desserts! 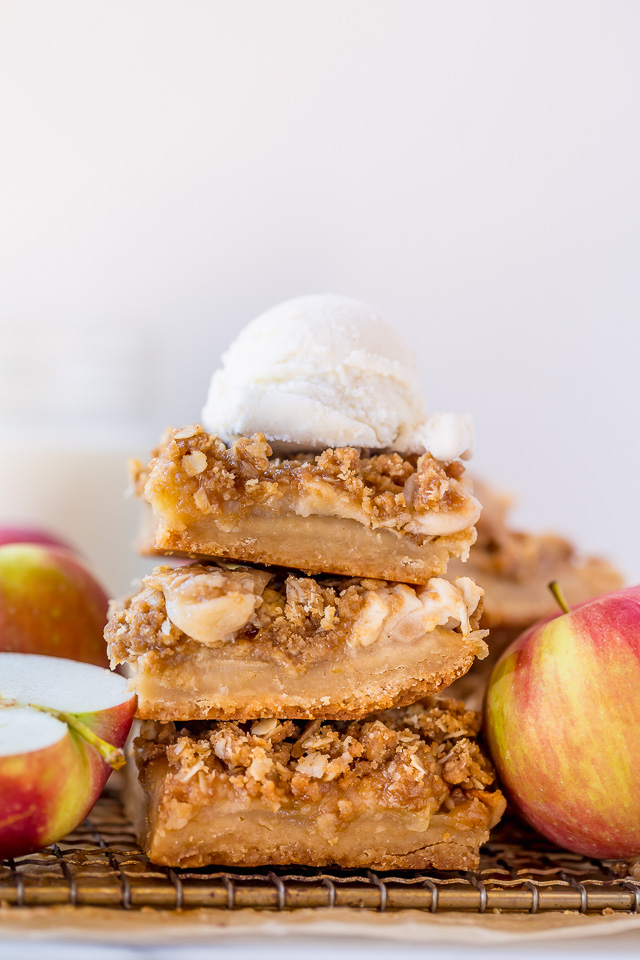 I don’t know where you live… but here in the Hudson Valley, it’s slowly but surely beginning to feel like Fall!

The mornings are cold and crisp. Almost all of the trees have begun their transformation from green to orange, red, and yellow. And our farmers market hauls have transitioned from tomatoes and peppers to apples and pumpkins. No cranberries yet! But I have a feeling they’ll be making their debut within the next few weeks. 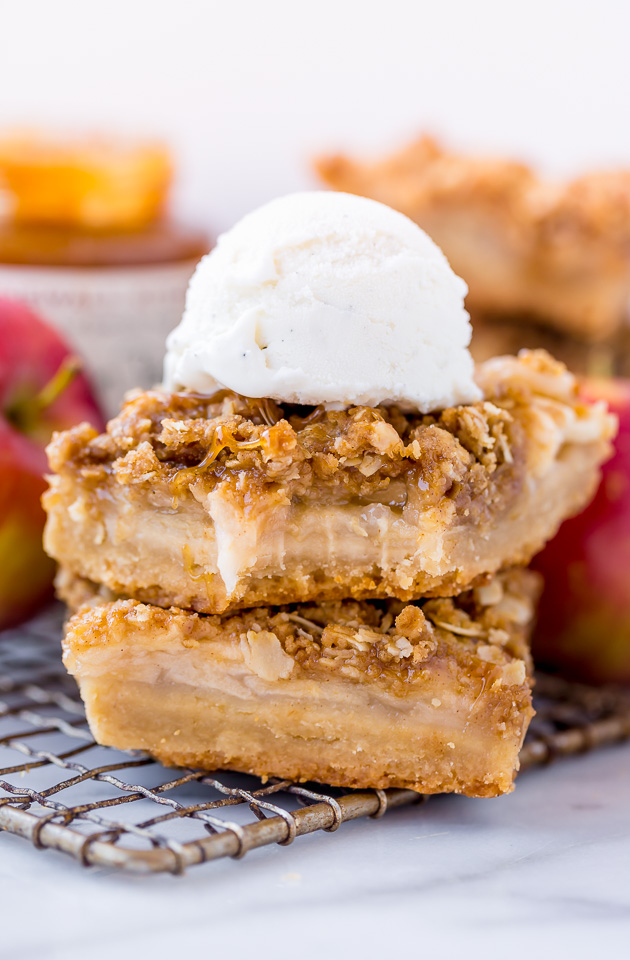 But for now, it’s ALL about apples! We love almost any dessert involving baked apples, but these apple crisp bars are a household favorite. My fiance and I both have a lot of self-control when it comes to dessert (we kind of have to given my profession lol). But we couldn’t stop eating these!!! Charlie said they were so good he literally “couldn’t concentrate on what I was saying” while he was eating one. They’re THAT good! So I’d recommend not trying to have any serious conversations while enjoying these apple crumb bars lol. You’ve been warned 😉 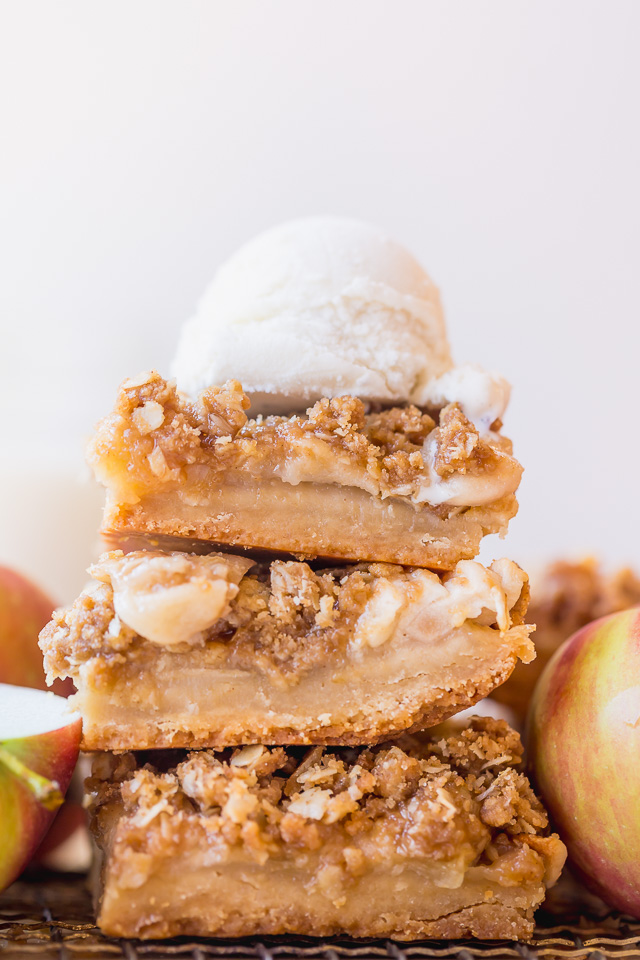 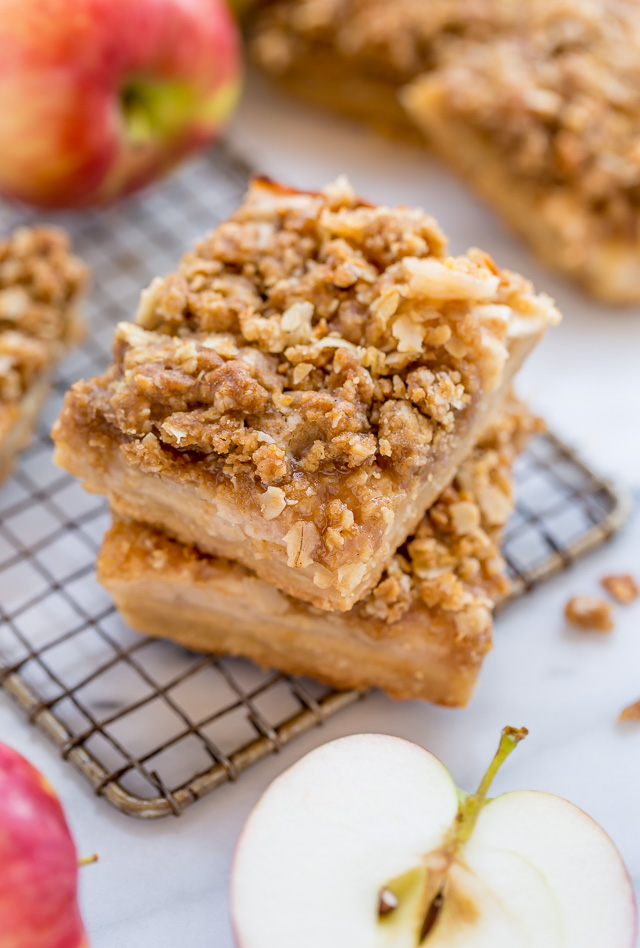 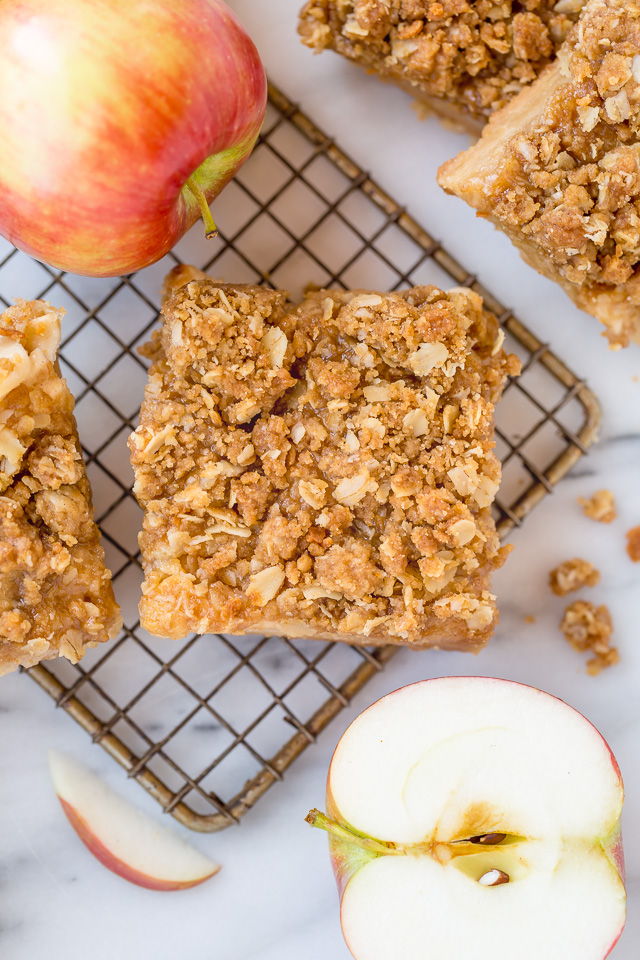 How to make Apple Crisp Bars 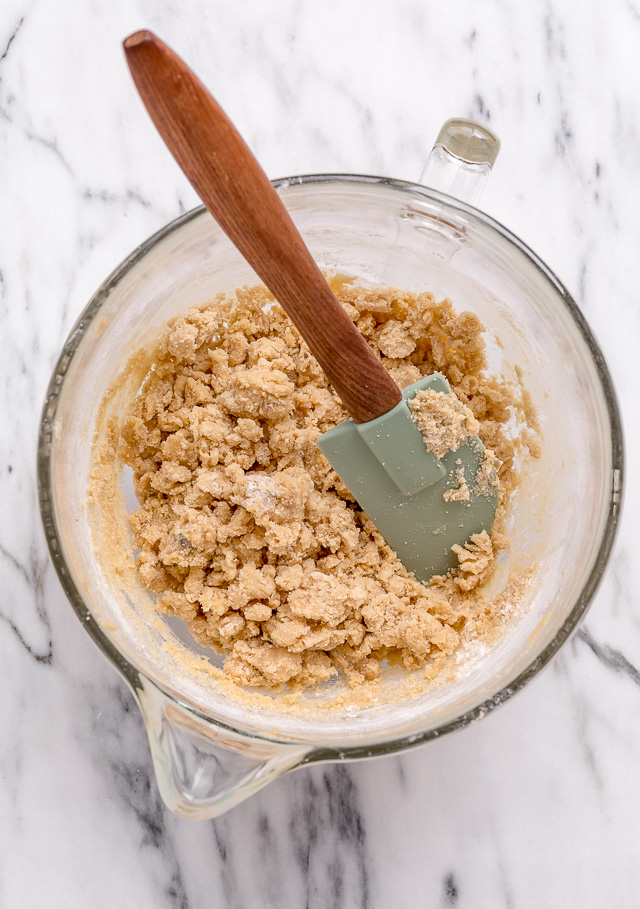 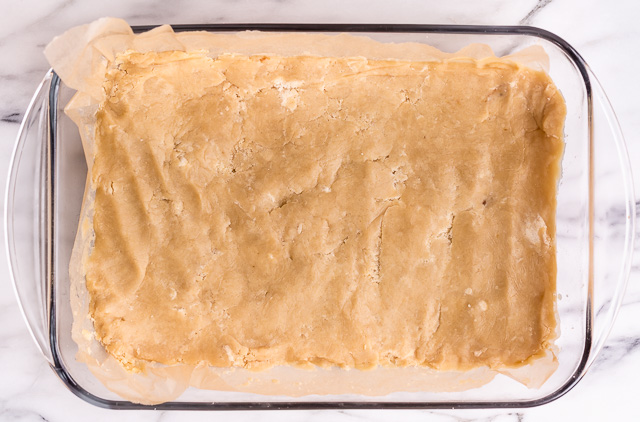 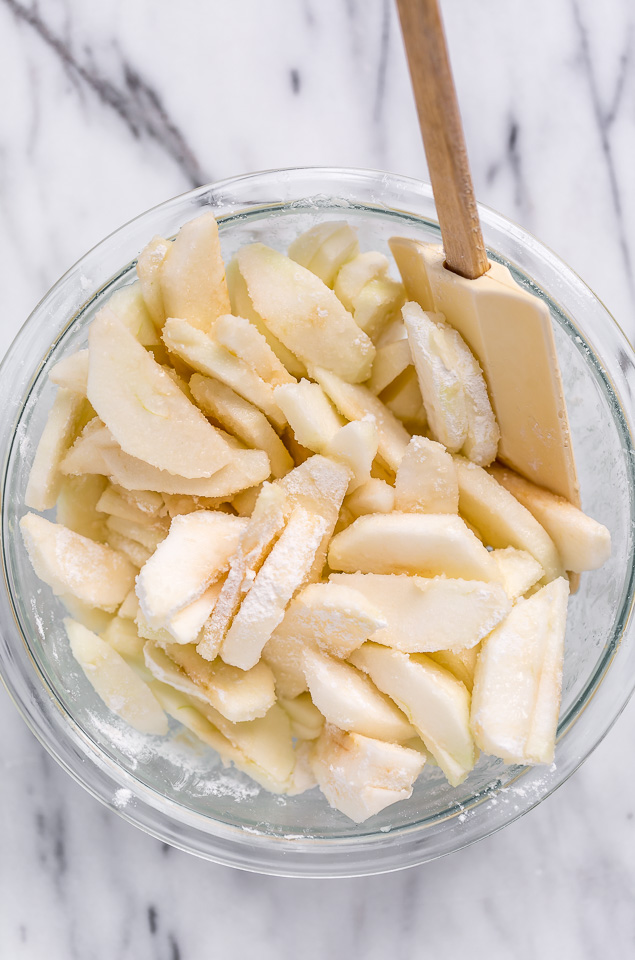 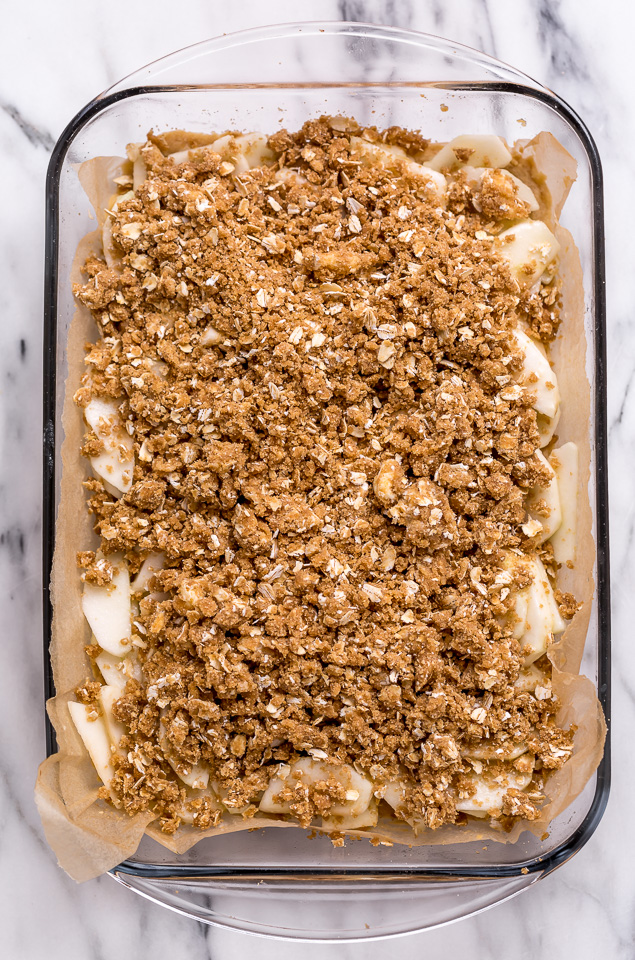 Have too many apples and no idea what to do with them? Try one – or all – of these fabulous apple recipes! 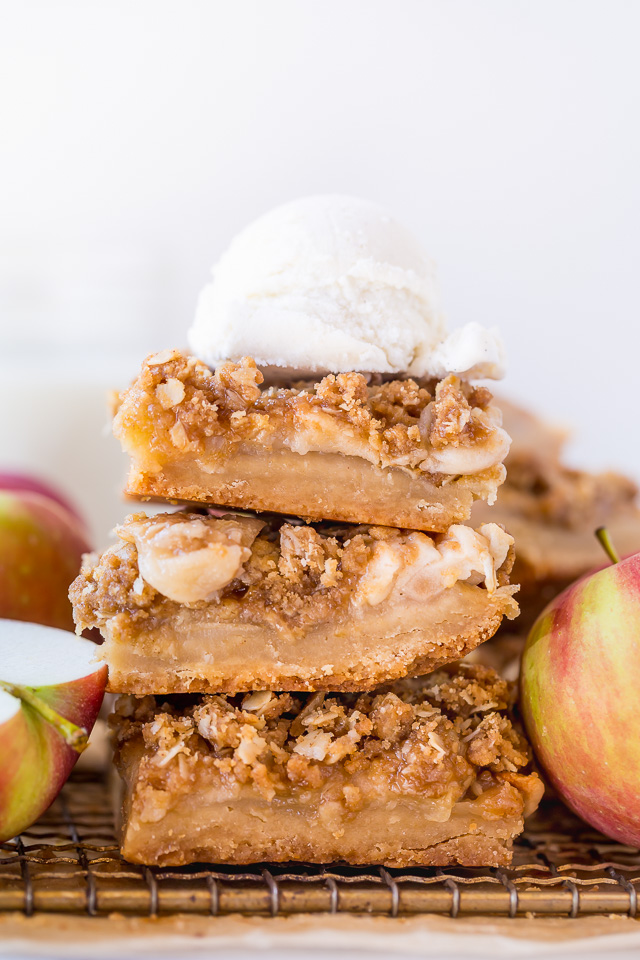 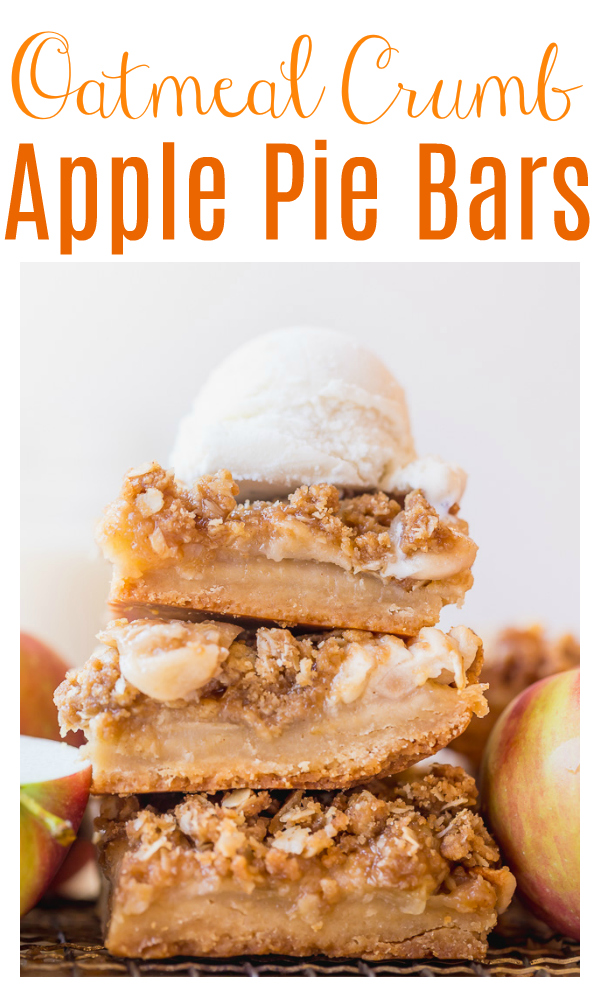 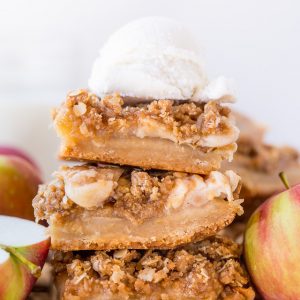 For the Shortbread Crust:

For the Apple Filling:

For the Oatmeal Crisp Topping:

For the Shortbread Crust:

For the Apple Filling:

For the Oatmeal Crisp Topping: 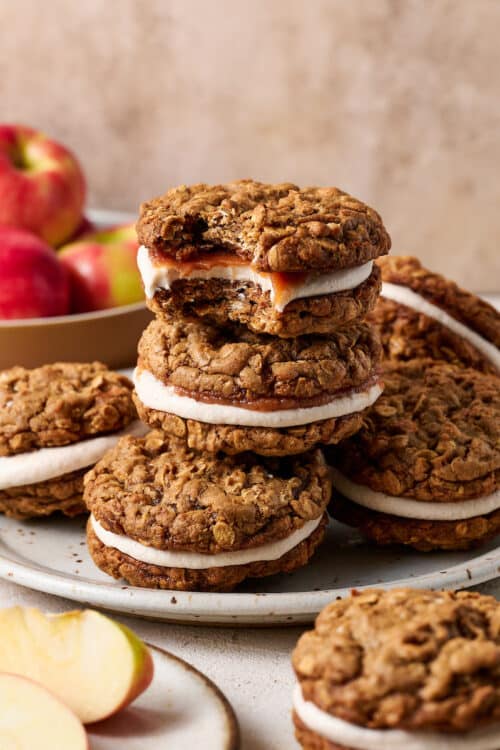 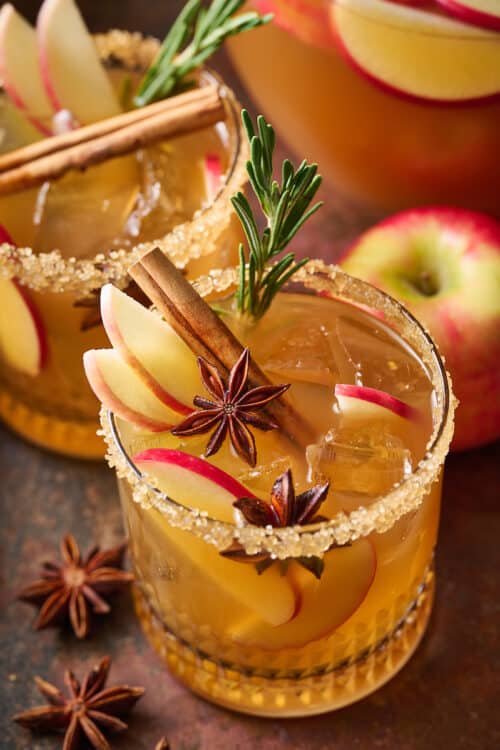 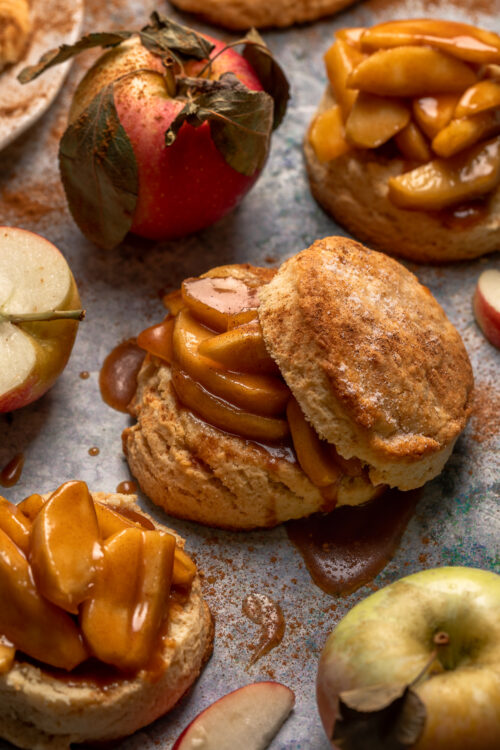 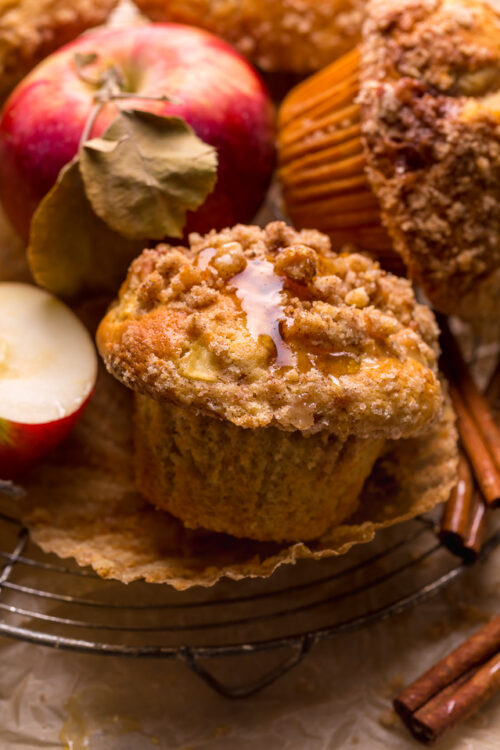 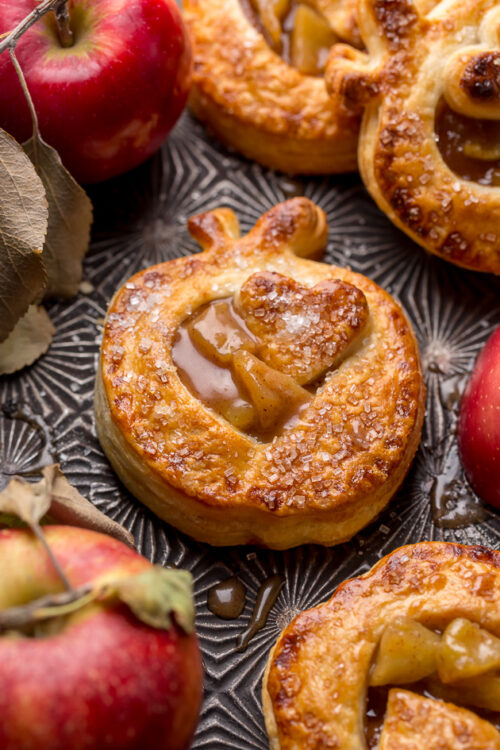